Stories are important. They capture the imagination. They entertain. They teach. They preserve memories. This year for the JLOEB presidential blog, I’ll be writing stories based on interviews with JLOEB past presidents. Each of these women served the league well. They had their own theme, successes, and challenges that make for lessons learned and advice to be applied. I hope you will enjoy hearing their stories as much as I enjoyed gathering them.

Maridel Moulton is a JLOEB Past President, an AJLI Past President, and the namesake of our endowment fund. She was president of JLOEB in 1981-82 when the league was about 1000 women strong. It had about 320 actives and 600 sustainers. When we sat down to talk, we were in the very same living room where this story had its impetus. Some members from the league came to Maridel with an idea. They had heard tales of other leagues who had developed a cookbook and sold it as a fundraiser for their leagues. These other leagues had been very successful and the members wanted to try it here. This wasn’t going to be a spiral bound, self-published work with a quick turnaround; but a real book with a reputable publisher. Maridel listened to their plans and believed in the idea. Together they began laying the groundwork for success. 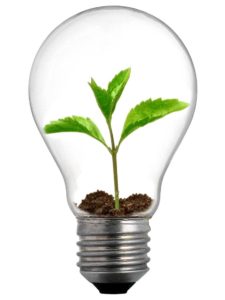 Over time, and not just one year, they established a committee, did the research to determine what it would take to create a cookbook for JLOEB, performed the planning, and developed the connections for production. Some of the community resources that were necessary were collecting endorsements from reputable local chefs, a food photographer, an illustrator, a recipe consultant, a food and photo stylist, and a design and art director. The creative process was not all hard work; members of the committee also had the tasteful and fun opportunity to test recipes. All in all, the cookbook, titled California Fresh, took four years to produce. The cookbook sold very well and, eventually, JLOEB produced a second award-winning cookbook called California Fresh Harvest.

Maridel’s Story is about bringing an idea to fruition. The cookbook started in her living room and four years later, through the work of committed individuals and holding fast to a long-term vision, it became a highly successful fundraiser for the league. Maridel didn’t get title credit as the president who produced the cookbook; but was given thanks in the footnotes. However, credit was not what was important; it was the successful work of the women involved and fruit of their labor: fundraising dollars to support the league and its projects.

What does that mean for us thirty-eight years later and in a much smaller League? I think it offers inspiration. We have proof that it is possible to have a successful multi-year fundraiser or project.  And we have evidence that it’s ok to start small and build knowledge and resources over time. I commend the Special Events Committee and the Community, Advocacy, and Training (CAT) Council for extending their planning timeline for 2020-2021. Long event horizons are fertile conditions for good ideas to sprout.